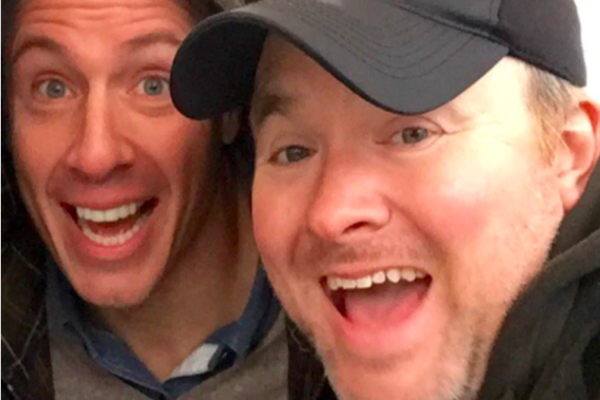 (bigleaguepolitics) – A CNN employee who worked as a producer for disgraced host Chris Cuomo’s show has been arrested and federally charged with soliciting sex from underage girls, speaking to who he allegedly thought were their parents. John Griffin has worked for the corporate news network since 2013, working as a producer for Chris Cuomo- who himself was recently fired amidst allegations of sexual harassment- and political analyst John Avlon.

Court documents accuse Griffin of seeking to persuade parents of underage girls to provide their children to him for sexual “subservience training. One charge accuses Griffin of paying a mother of an underage girl $3,000 to fly from Boston to Nevada, where he’s accused of picking her up from the airport, driving her and a nine-year-old girl to his house, and directing them to engage in sex acts.

Griffin allegedly explained his actions as “subservience training” for the girls, believing that a “woman is a woman, regardless of her age.” Griffin is accused of communicating with the purported parents of the victims through Google Hangouts and Kik.

Griffin is charged with three counts of using a facility of interstate commerce to attempt to entice minors to engage in unlawful sexual activity. According to his Twitter account, Griffin appears to be married with minor children himself, in an alarming development, should the allegations made by the Department of Justice prove truthful. Each charge would land Griffin a minimum punishment of ten years in federal prison, potentially putting him behind bars for life.

Griffin made his first court appearance on Friday afternoon in New Haven, Connecticut. CNN has placed the producer on suspension from the network pending an investigation and the adjudication of the federal criminal charges.