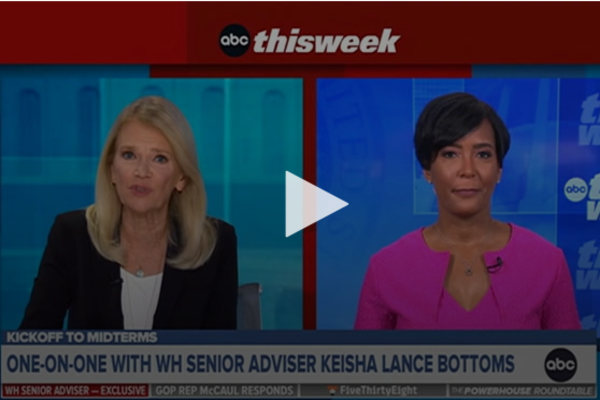 BREAKING: Biden Aide Doubles Down – They Want Us GONE

She continued, “This MAGA Republican agenda, hate-fueled agenda, that we saw incite violence on our nation’s Capitol has no place in our democracy. If we’re not intentional in calling it out our country, everything that our country is built upon is in danger.”

Bottom concluded, “I’ll just remind you of the words of Martin Luther King Jr. said. It’s not the words of our enemies that we’ll remember. It’s the silence of our friends. What the president has said is that mainstream Republicans, Independents, Democrats, can all come together, we’ve seen us come together to do what’s right on behalf of the American people, but if people are silent, then the very core of who we are as a country is in danger.”