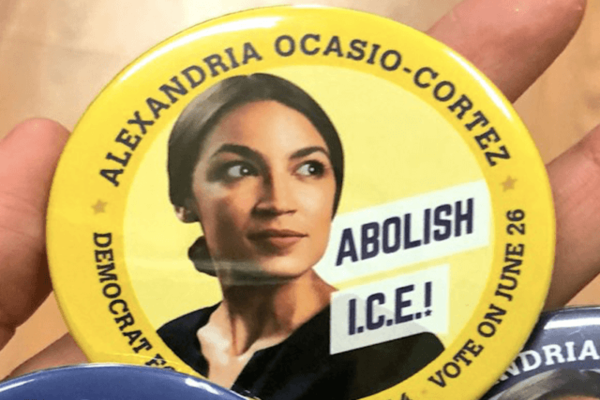 Citing the “burdens of capitalism,” Ocasio-Cortez issued her defense of unfettered immigration in an Instagram post this week, saying young people simply cannot afford children in this economic system.

“There are quite a few countries that are really struggling because young people, under the burdens of capitalism and living in a society that is increasingly concentrating wealth among the rich, we’re not having kids. Or we’re not having kids at the same rate,” Ocasio-Cortez said.

“And we actually need immigrant populations to help balance things out. We can’t continue to fund social security, Medicare, all of this stuff without immigrants. And it’s always been that way. Don’t act like this is some new trend or anything like that,” she added.

The socialist congresswoman from New York issued her passionate defense of immigration after she said that migrants are a “blessing” as rent exponentially rises in her own district.

“What a lot of Republican politicians fail to understand is that not everyone shares their zero-sum, scarcity mindset. Many of us understand that immigrants and refugees are a blessing. They have so much to offer our country, & much of our growth as a nation is because of them,” she said after Republican Florida Gov. Ron DeSantis shipped 50 migrants up to Martha’s Vineyard.

“Shout out to Massachusetts and the people of Martha’s Vineyard for showing the world what the best of America looks like,” she added.

As Breitbart News pointed out, “the massive wave of new customers has helped spike the value of real estate, apartment rents, and the cost of new houses, especially in areas where well-to-do Americans flee from the arrival of diverse populations.”

“A 2017 report by the CATO Institute says the cost of illegal immigration could be reduced by cutting spending on border enforcement: ‘If the typical illegal immigrant increases the value of all housing unit prices by 11.5 cents, then illegal immigrants increase nationwide housing values by about $1 trillion,’” the report added.