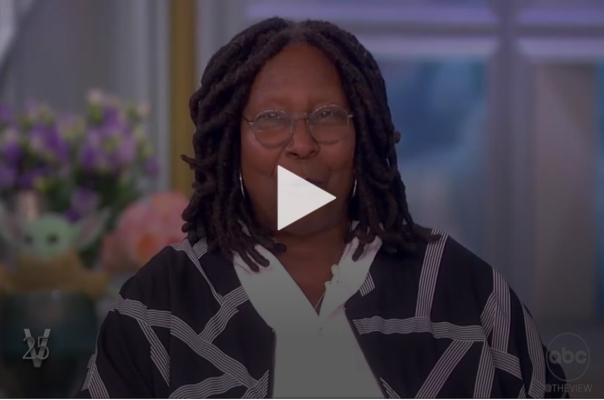 BREAKING: ABC Host Forced To Admit It – Trump Will Not Be Prosecuted(VIDEO)

(breitbart) – Joy Behar told her co-hosts Wednesday on ABC’s “The View” that she has not seen a “smoking gun” during the January 6 hearings, so she believes former President Donald Trump will not be prosecuted.

Behar said, “I don’t know. I mean, you know, there was a report today in The Washington Post by, what is her name? Carol Leonnig she broke the story, and Lester Holt said it could cause a disruption in the country, and Merrick Garland said, that’s not my problem. My problem is to bring people to justice if they’re guilty. Okay, good. On the other hand, they say it’s a very high bar to prosecute a sitting president or a former president. It’s never been done before. It’s a very, very high bar. But if Merrick Garland is saying no one is above the law, then what does the high bar mean? The whole thing is very confusing, and it makes me insecure about whether this will actually happen for Trump. The high bar, yes, and he’s definitely out to prove he did something wrong, but, again, they say that we’ve never seen this before. I don’t believe it. I don’t believe it.”

Hostin said, “Even though I have been saying it for a couple of months, Joy?”

Behar said, “You know I have the highest esteem for you, my dear, and I believe you. But in my gut, I say to myself. He’s such a snake. He’ll find a way out of this.”

She continued, “When he says to the guy, Raffensperger, all I need is this many votes. That sounds bad, right?”

She added, “He could say, you know, maybe they were missing. I wanted to make sure they counted correctly. There’s no smoking gun here that I see yet.”

Previous article
WOW: Fox News Refuses To Do It – Trump Mad As Hell
Next article
BREAKING: Democrats Forced To Back Down – Americans Cheering