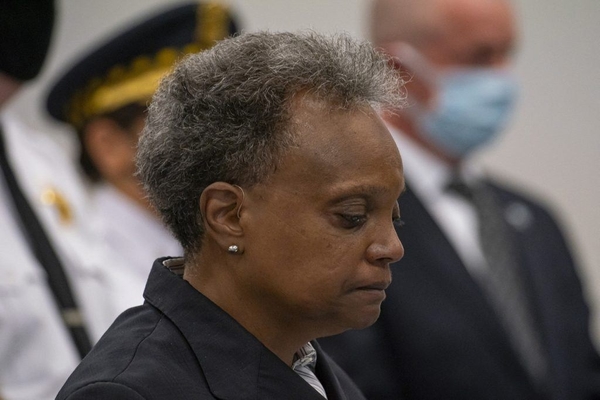 (breitbart) – At least 21 people were shot, four of them fatally, Friday into Sunday morning in Mayor Lori Lightfoot’s (D) Chicago.

ABC 7 / Chicago Sun-Times reports the weekend’s first fatality occurred around 1:30 p.m. Saturday, when a male “in the 2400 block of West 63rd Street” was shot in the head. He was taken to a hospital and pronounced dead.

Hours later, two men were killed after they began shooting at each other “in the 5500 block of South Bishop Street” at 5 p.m. Saturday . Police indicate both men pulled a gun and opened fire. One of the men was a 38-year-old, the other was 39.

The fourth fatality of the weekend occurred Sunday morning when a man “on a sidewalk in the 5700 block of South Carpenter Street” was shot dead. The man had not been identified nor his age ascertained.

FOX32 notes five people were “seriously hurt” during a 1:32 a.m. shooting in Chicago’s West Garfield Park. A 16-year-old girl was among the wounded. She was shot in the back.