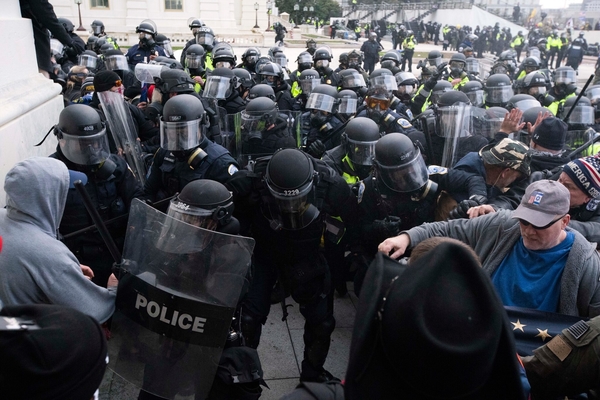 BOMBSHELL: VIDEO Admission From The FBI

When questioned by Sen Ron Johnson (R-WI) on Wednesday, The FBI admitted no firearms were confiscated during the Capitol “insurrection.” No one has been charged for having a firearm on the Capitol or Capitol grounds. The only shot fired was from a Capitol police officer killing unarmed Ashli Babbitt.

Partial transcript from the video:

RON JOHNSON: How many firearms were confiscated in the Capitol or on Capitol grounds that day?

FBI COUNTERTERRORISM CHIEF JILL SANBORN: To my knowledge, we have not recovered any on that day from any other arrests at the scene at this point…

JOHNSON: Nobody has been charged with an actual firearm weapon in the Capitol or on Capitol grounds?

JOHNSON: How many shots were fired?

SANBORN: I believe the only shots that were fired were the ones that resulted in the death of the one lady.

“The one lady,” Ms. Sanborn, is Ashli Babbitt — a 14-year Air Force veteran who served four tours spreading democracy overseas only to executed for demanding democracy at home.