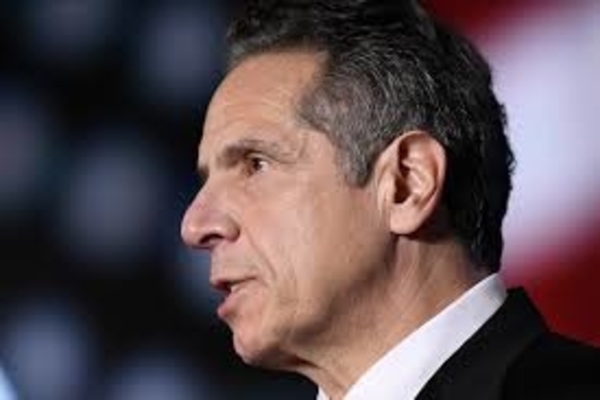 Rep. Elise Stefanik (R-NY) on Wednesday called for Gov. Andrew Cuomo (D-NY) to resign.  Twin scandals, allegations of sexual harassment by a former aid, and how he handled data on coronavirus deaths in the state’s nursing homes.

In a Medium post published Wednesday, the former deputy secretary for economic development and special advisor to Cuomo, Lindsey Boylan, alleged unwanted advances made towards her.  The Governor attempted to kiss her on the mouth. Boylan alleges that top female staff members of Cuomo “normalized” the Governor’s conduct.  Boylan wrote Cuomo invited her to play “strip poker.”

“Governor Cuomo has earned his title as Worst Governor in America, and now every New Yorker knows that he is a criminal sexual predator,” Stefanik said in a statement. “On December 14, I was one of the first and one of the only elected officials in New York State to call for an investigation into Governor Cuomo’s sexual harassment of Ms. Boylan. It is an inexcusable disgrace that almost every other elected official in New York State quietly brushed this serious and credible allegation under the rug. Sadly, much of the media in the state either ignored this matter or chose to report the sexist character and professional smears of Ms. Boylan by Governor Cuomo’s taxpayer-funded staff.”

“I have served in Congress during the height of the #MeToo movement leading to resignations and retirements of my colleagues,” Stefanik added. “Sexual harassment and sexual abuse in the workplace is not a political issue; it is about right and wrong. Governor Cuomo must immediately resign. And any elected official who does not immediately call for his resignation is complicit in allowing a sexual predator to continue leading the great state of New York.”

The allegations from Boylan come as Cuomo’s administration is under investigation.  The FBI, along with the U.S. Attorney in Brooklyn, are following reports that the Governor’s top aide told Democrat lawmakers that nursing home data was withheld due to concerns the figures could “be used against us” in federal investigations.

The bombshell admission was first reported by the New York Post.

Lawmakers in New York have since called for emergency powers granted to Cuomo during the pandemic to be stripped from him.

Previous article
SHOCKING: ICE Releases Them All – This Is BAD
Next article
BOMBSHELL: Reports of “Record-Breaking” Donations for BLM.