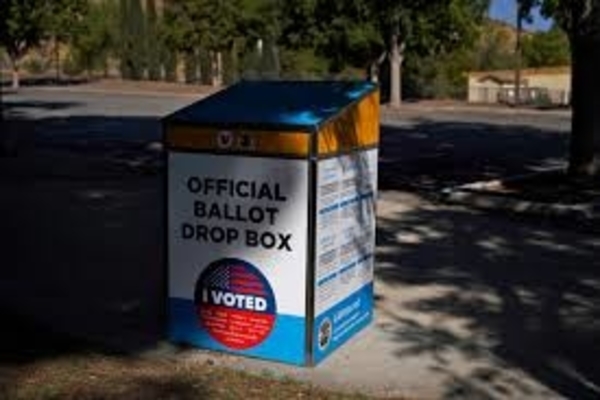 “The SPLC is proud to assist in providing the necessary grant funding to counties like Fulton facing budgetary constraints and support efforts to increase the safe exercise of absentee voting. The ultimate solution, however, is increased support and funding guarantees from the Governor and Secretary of State to ensure all people have equal access to voting regardless of their country of residence or zip code,” SPLC Chief Officer Seth Levi said in the October 7th statement.

“To comply with current State regulations, the drop boxes in Fulton are placed on county or municipal property; they have video surveillance, and they are made of durable material able to withstand inclement weather and vandalism.  The cost of a single drop box can be as high as $6,000.  The SPLC anticipates providing funding totaling $85,000 to pay for approximately 25 new boxes and accompanying video security equipment in the county,” Levi added.

Fulton County Director Richard Barron stated at the September meeting, based on the budget approval by the Board of Commissioners of Fulton County earlier in the meeting, “We are also increasing the number of absentee ballot drop box locations from 20 to 40.”

Why the SPLC announced the funding of additional 25 drop boxes for Fulton County on October 7 if the county already had approved a budget that approved 40 drop boxes.  Again, the total used on election day was 37.

It is unclear why the Fulton County Commission accepted or needed the SPLC grant, given the high level of funding it had already received in the $6.3 million grant provided by the Zuckerberg-funded CTCL.