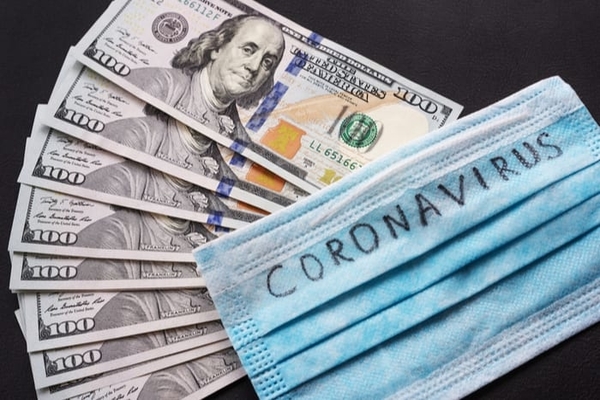 BREAKING: Big Tech And China Take OVER – This Is Not A Drill

The coronavirus pandemic took nearly two million lives worldwide all while causing unprecedented economic devastation, but 2020 had at least three big winners coming out stronger in spite of – or perhaps because of – the pandemic: the world’s billionaires, Silicon Valley’s tech lords, and communist China, where the virus originated.

Much of this is due to China’s dominance of global manufacturing; the whole world is still reeling from the pandemic, China is moving to solidify its monopoly on the world’s supply chains through expanded free trade agreements, including a new agreement with the European Union. The pandemics’ economic damage has also allowed China to buy influence in the Third World through its international infrastructure program known as the Belt and Road Initiative, which the U.S. government has criticized as imperialist colonization via a predatory debt scheme.

To top off this victorious year for Beijing, the communist regime now has an ally in the Oval Office with Joe Biden emerging as the victor in this year’s presidential race. Not only does the president-elect have family members with close business ties with the communist regime, but Biden has also declared that he doesn’t see China as “competition” to the U.S. Biden has plans to impose a penalty tax on the U.S. corporations that move business overseas. The proposal is to hurt companies for off-shoring their manufacturing. But in practice, this policy aligns perfectly with the interest of communist China because companies can bypass Biden’s tax penalty by simply outsourcing their offshore manufacturing to foreign partners in China; so instead of making parts themselves, companies can buy from third-party foreign manufactures. The billionaire class, which favored Biden will have little to fear from Biden’s offshore tax threat, China will be delighted by it.

In 2020, American’s 614 billionaires increased their collective net worth by $931 billion, even as tens of millions of American’s lost their jobs. In contrast, the U.S. poverty rate rose to 11.7 percent in November, a jump of 2.4 percent since June, marking the highest single-year increase in 60 years since the government began tracking poverty.

Jeff Bezos had a banner year in 2020, his wealth grew by nearly 80 percent during the pandemic. Lockdowns made everyone increasingly dependent on his Amazon services.

The mom-and-pop businesses were devastated during the government lockdown orders. Big box stores were allowed to remain open. This year Walmart increased its profits by nearly 45 percent over last year, thanks to the pandemic.

These same American billionaires and their global corporations have been very vocal in support of the Black Lives Matter movement, promising millions of dollars to repair the damage caused by slavery in America over 150 years ago, even as these same corporations have little problem exploiting slave labor today in China.

The pandemic has intensified this already troubling income disparity. America today increasingly resembles an oligarch, where the concentration of power into the hands of a small cadre of the super-rich and their mega-corporations allowing these elites to buy political influence and stomping on the rights of everyone else.

The year 2020 ends with a Republican Senat’s refusal to grant American citizens $2,000 direct relief payment, opting instead to “target” relief to the favored few. Senate Majority Leader Mitch McConnell referred to direct payments to all Americans as “socialism for rich people,” even though actual billionaires are benefitting the most from the “relief” Congress targets their way.

Not only did the tech lords of Silicon Valley increase their massive wealth and monopoly power during the pandemic, but they also managed to help their preferred candidate get elected to the White House.

Facebook’s Mark Zuckerberg (who saw his wealth increase by over 85% this year) deliberately censored stories about Hunter Biden’s corruption scandal in the time before the November election. Google (who saw a 14% increase in the third-quarter year-over-year) suppressed search visibility of Breitbart News articles by 99 percent in 2020 compared to the same period in 2016.

Greenwald notes that the “most menacing” aspect of all of the pandemic-fueled increase of wealth and monopoly power is that its primary beneficiaries have been Facebook, Google, and Amazon – companies with “unprecedented power” over “the dissemination of information and conduct of political debates, to say nothing of the immense data they possess about our lives by virtue of online surveillance.”

Stay-at-home orders, lockdowns, and social isolation have meant that we rely on Silicon Valley companies to conduct basic life functions more than ever before. We order online from Amazon rather than shop; we conduct meetings online rather than meet in offices; we use Google constantly to navigate and communicate; we rely on social media more than ever to receive information about the world. And exactly as a weakened population’s dependence on them has increased to unprecedented levels, their wealth and power has reached all new heights, as has their willingness to control and censor information and debate.

That Facebook, Google, and Twitter are exerting more and more control over our political expression is hardly contestable. What is most remarkable, and alarming, is that they are not so much grabbing these powers as having them foisted on them, by a public — composed primarily of corporate media outlets and U.S. establishment liberals — who believe that the primary problem of social media is not excessive censorship but insufficient censorship.

Greenwald calls Facebook’s decision to censor the Hunter Biden stories “one of the most significant, and menacing, political events of the last several years,” noting that “this censorship was announced by a Facebook corporate spokesman who had spent his career previously as a Democratic Party apparatchik provided the perfect symbolic expression of this evolving danger.”

“These tech companies are more powerful than ever, not only because of their newly amassed wealth at a time when the population is suffering but also because they overwhelmingly support the Democratic Party candidate about to assume the presidency,” he adds. “Predictably, they are being rewarded with numerous key positions in his transition team and the same will ultimately be true of the new administration.

The statement the rich got richer is indeed true in 2020, Silicon Valley got more powerful, and communist China reaped the benefits of the death and chaos that emerged from its very own shores.